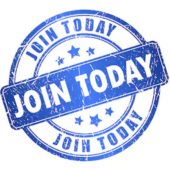 In a previous blog I developed the traditional behavioural consequences model (aka the “learning quadrant”) to include my ideas of how Panksepp’s emotional systems may be considered in that framework. In this blog I want to take this further to look at the next consideration: arousal and threshold.

Arousal levels have a massive effect on training, and are often the difference that makes the difference. Working with your horse at the right level of arousal is a key factor in your success. This is because the emotional systems in the brain are not a switch. They act more like a dial. The behavioural responses will be different depending on the level of arousal. In FEAR, for example, low levels of arousal would give us the freeze response. The animal stops and looks and assesses the potential threat before taking action. The animal is feeling some fear, but is still able to think and does not waste energy running away if the threat turns out to be less scary.

At a higher level of arousal of the FEAR system, the animal may start to fidget, to move around a bit, to get a better look and scent. In a herd, the horses may start to gather together and all look and scent in the same direction, with a bit of movement around the positions. Foals would be by their mums, ready to run. The point is, it is still the FEAR system which is being activated which causes the behavioural response. At the highest level of arousal, of FEAR, flight is the behaviour you will see. The herd takes off and runs to a safer distance, where again, the arousal is less, and they can stop and think. What we see is them turning to look back and assess the danger again.

At low levels of arousal, then, you can see that the animal can still think. The animal is in its cognitive mind, using past experience and knowledge to assess the situation and make a CHOICE about what to do. At high levels of emotional arousal, though, THERE IS NO CHOICE. As Panksepp puts it, the cognitive brain is “enslaved” by the emotional brain. If you’ve ever had the misfortune to be sitting on a bolting horse, you’ll know there’s no talking to them, no possibility of communication. They can’t think but can only react to the threat which has taken over their minds.

It is vital to understand this for horse training, probably more so than with predators like dogs, who can be highly aroused and still thinking and planning. Horses are flight animals. They instantly go from grazing to running; stopping to think can be the difference between life and death. The very few brain dissections of horses that have been done show a relatively large amygdala, which is part of the vital communication structure in the FEAR system. Their whole physical structure, including brain structures, supports “run first; ask questions later” when they are highly aroused by fear.

But they can’t be running away all the time, so their brains have also evolved, at low arousal levels, to assess danger and choose their behavioural response. In this video, of Hartmann’s Mountain Zebras, which I took on my recent trip to Namibia, you can see all these FEAR arousal states illustrated in just a few minutes.

What does this mean for training?
In training, we aim to keep the arousal levels enough for the horse to be motivated to try but within the “cognitive zone”. This is known as staying below threshold, where the animal is not too scared, angry or panicked to think. At this level of arousal, they can make choices about what behaviour they will do. This is the most important point. Engaged with the training and below threshold, the horse can make behavioural choices.

The other key issue is that the emotion the horse is experiencing while training always gets attached to that behaviour. So if you are training a horse who is frightened, even mildly, then he will always perform that behaviour with a side order of tension. On the other hand, if you train while the horse is relaxed and calm then that is how he’ll feel whenever he does that behaviour again. This is one of the clearest ways of making your training successful: focus on relaxation before behaviours.
Here’s how I see how arousal fits with behavioural consequences and Panksepp’s emotional systems. We need to be training in the cognitive zone, often approaching threshold but certainly not working much above it:

They described horses “throwing behaviours” at them to try and get the treats. They described training that felt tense and quite intimidating, and that for the horse it seemed to be “all about the food”. Many said they had given up at some stage due to this over-excitement. Any learning in this zone will mean there is no stimulus discrimination or control. Typically, as soon as the treat bag comes out, the horse gets excited. If he is rewarded while in this state, this excitement will be reinforced and you will have a horse who is difficult and possibly dangerous to handle.

What people did, unwittingly, was to create over-arousal of the SEEKING system. This system is all about enthusiasm and the search for rewards; exploring the environment etc. Below threshold, this is the uber system we utilise for training. The horse is exploring the environment, relaxed to try things, curious and motivated. It is easy then for us to create repeated positive experiences which create effective learning in the brain.

However, if the horse gets into over-arousal with the SEEKING system, then they get too excited to think. It does become all about the food, and they can get grabby for the treats, throw all their behaviours at you to try and get you to reward. They can revert to foalish behaviour by blocking your forward movement to try and get the rewards more directly, as they did  when they wanted their mothers to stop and let them drink.

Panksepp looked at animals self-stimulating the SEEKING system without the consummation of a reward and described them:
“Self-stimulating animals look excessively excited, even crazed when they work for this kind of stimulation. When a normal animal begins to eat, it tends to calm down rather than get more and more excited (even though it does get highly excited between rewards if only very small portions of food are provided intermittently, especially when it is very hungry.)” Affective Neuroscience p.151 (my emphasis)

This is why we emphasise building calm and relaxation into your training right from the beginning. We teach you a variety of approaches which help keep the horse engaged and positive but also calm. Approaches such as feeding handfuls of treats rather than single pellets; clicking without food treating; adding in movement right from the start and phasing out the click from lesson one as they progress through learning the behaviour. All these techniques help your horse to stay in the cognitive learning zone. They also help to stimulate the CARE system while you are training. We advocate lots of scratching and just hanging out together as rewards, recognising the basic need horses have for companionship. We want your horse to have a strong pair-type bond with you, so that she knows she can turn to you in those moments of doubt and ask “what do you think I should do now?” We want that question to have the default behaviour of our horses staying calm and relaxed until you give them an answer.

Train this in right from lesson one, and your horse will quickly start to see you as a comforting presence, relaxing to be with. You then become his trusted best buddy in human-land. I am not suggesting that you try to be “another horse in a herd of two” or to in any way replace their horse bonds. Those I treasure for them and do everything I can to protect. But when they are in human-ville, having to deal with human-centred issues which are so alien to them, you can be their guide and protector so they can relax and learn what they need to enjoyably. The key to that is their emotional state while you work with them and, especially, their arousal levels. So keep calm and keep training! 12 thoughts on “The New Emotional Learning Quadrant: Adding in Arousal”